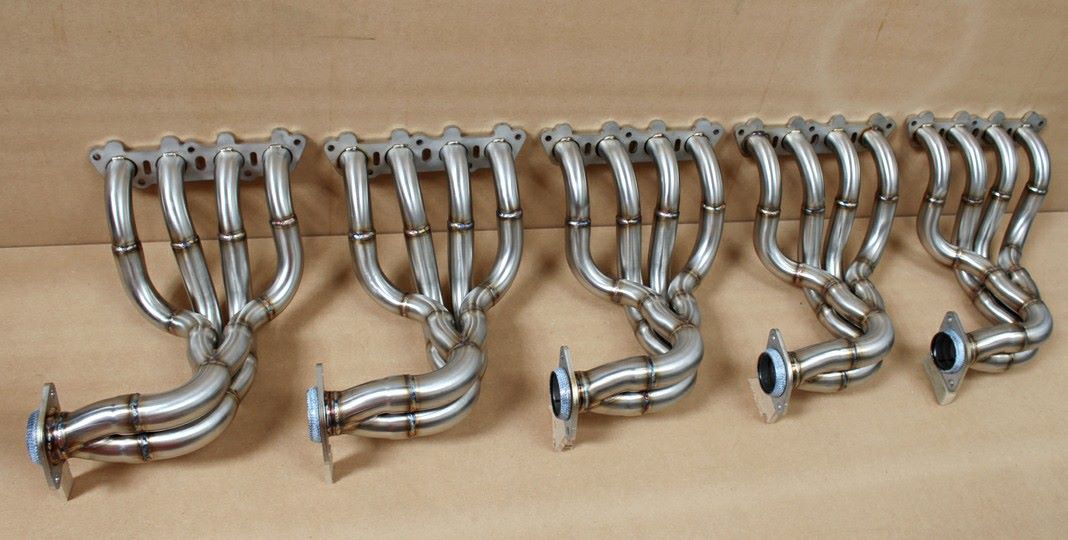 I ordered a QP – quiet performance – system from 2bular or tubular. It consists of a 4-2-1 collector for the N/A 2zz-ge engine, a 200-cell sportscat and the biggest backbox possible to fit in the original heat shielding. It originates from the 8 inch design he used to do. A repackable option isn’t offered anymore.

The 4-2-1 choice disables the route to add a supercharger as that would need a 4-1 design collector.

How to remove the original exhaust manifold on the 2zz-ge?

put the car on jackstands or lift

remove the heat shield for the rear engine mount

support/lift the engine/transmission with a jack

remove the chassis side of the engine mount

SAI, rotate the tensioner clockwise and remove the serpentine belt (hex 18 or 19)

SAI, remove the bolt supporting the SAI pipe to the timing cover

SAI, remove the lower pivot polt of the tensioner spring, this offers some space for the SAI ‘appendix’ pipe upon removal.

Remove the upper heat shield of the manifold, i do hope the bolts will give way in your case. Just the top heat shield.

Free up the manifold bolts, 2 nuts on studs, 3 bolts

wth SAI, remove the right hand stud (near the tensioner), both nuts put up together may help to get the stud out (space is needed!)

Release the manifold, with SAI, navigate the pipe through the tensioner gap.

Remove the manifold from the car trough the subframe

Get some bandaid for your knuckles

Mounting the new after market manifold is easier, more space without heat shielding and no SAI.

The sound is amazing, dark and not too loud (certainly louder than OEM), and no droning. My setup and mapping only burble the first mile or so when the engine is still cold. It didn’t pass on the second Zolder trackside microphone though, but a lot of us failed that day and and may have been that microphone being off calibration. Fortunately the limits will be increased by 2 dB(A) which would suffice to pass.

It was shipped very properly packed in two rugged paper boxes, whith wood supporting the box and the product. It is impossible you to find parts sticking out of the box. 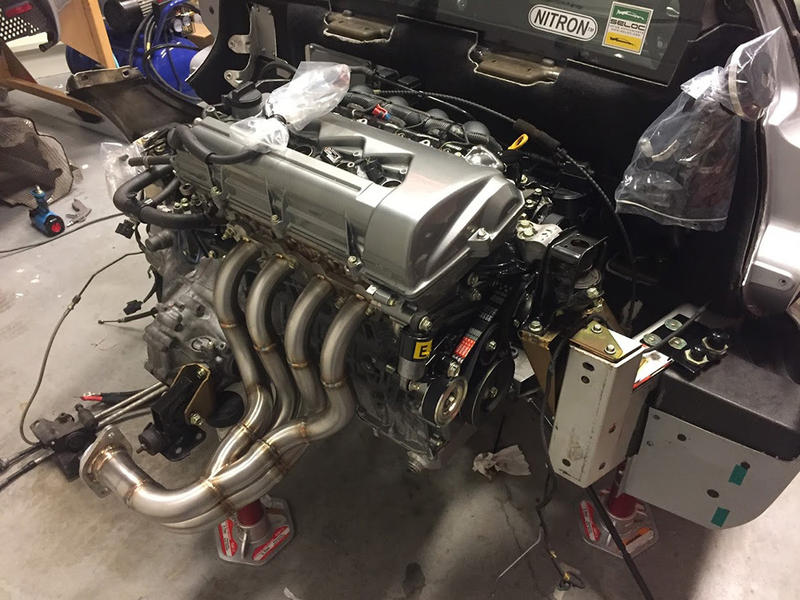 I initially wrapped the collectors, but apparently too tight and wet so after one season they were all torn to pieces. Currently i a driving without them. The boot itself is also covered with heatshielding. 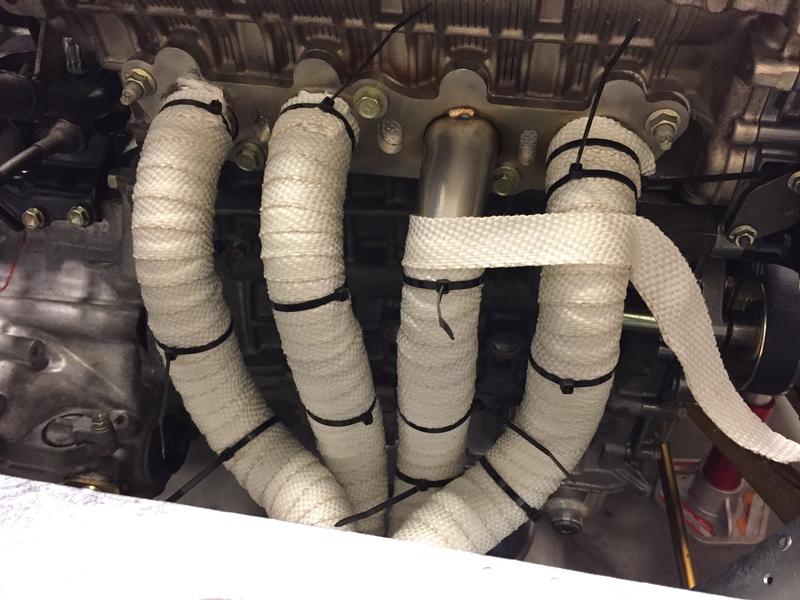 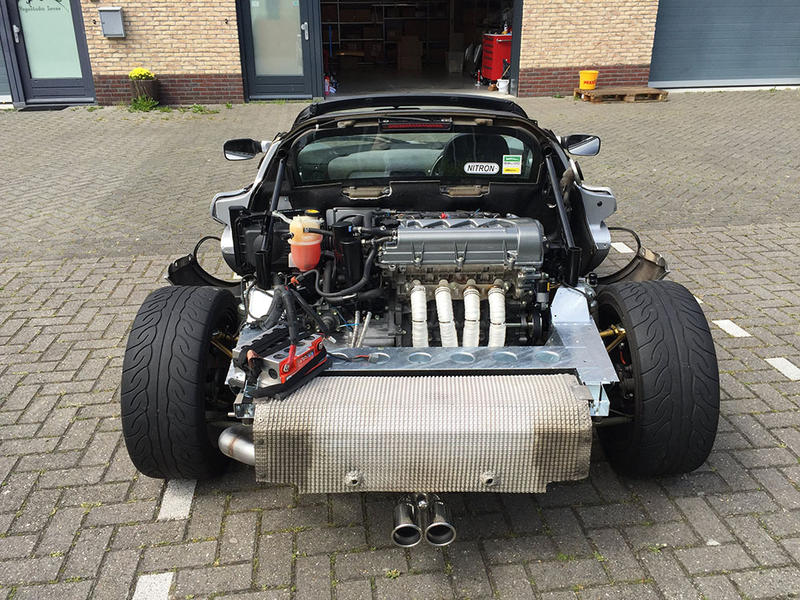 I have chosen the twin rolled tips exhaust option. They are significantly bigger than OEM and protrude some 10 cm’s more aft.