A collection of problems and gremlins which can surface when sensors or others parts of the Toyota 2zz-ge powered Lotus Elise fail. If you have a contribution, drop me an e-mail!  #troubleshooting

Q: My 2zz engine won’t pick up and stalls when starting after having had a short break so still warm.

The obdII throws the p0340 error camshaft position sensor circuit. When left for a while and cooled down it runs fine. It is repetitive, the obd error as well. It also stalled on idle a few times lately.  Does the engine temperature affect the sensor or wiring or is it disabled when cold.

A: Inductive cam position sensor fails  when they get warm/hot

When inductive sensors fail it is often most obvious when they get warm/hot. You often see this on crank sensors too when they ‘go’. Tends to get worse over time until it completely fails.

So I’d say it’s possible for the sensor to simply be going bad on you. It should be used for the cam position/timing info, not the lift part.

The error is indicating some electrical sensor/circuit problem and not so much a cam-timing issue (you’d get some ‘range error’ problem code), so it’s likely you need to look into either replacing the sensor or some wiring/contact issue from the sensor to the ECU. (source: Seloc)

Q: suddenly lost the tacho and speedo. Needles on both went to zero.

gradually lost the fuel level, as bars began to drop rapidly and I got a low fuel warning (tank previously showing 75%) All Warning lights were OK. I stopped and restarted but that didn’t solve it.

A few miles later, tacho and speedo came back, as abruptly as they’d gone, but not fuel. Just to reassure myself I brimmed the tank and when I started up to leave the petrol station, everything was fine : fuel guage, speedo and tacho all OK and stayed like that for 30 miles home.

A:  It was after a flat battery and I’d fitted my spare (fully charged) battery. I disconnected the charged battery again – gave it 30 seconds then reconnected. Started the car and all was fine again. It hasn’t done it since. (source: seloc)

The battery is fine, reads 12-13V on the disconnected leads and was just re-charged externally. But the dash light shows when starting and running. The OBD read system voltage is only 11.0 volts.

Despite a good battery, it only reads 11.5V on the leads when the engine runs. Check fuse #R3 [Alternator Sense Line] in the engine bay (left box, 5A fuse). If ok, the alternator – or some parts of it – may need replacement. The battery warning is actually a charge warning, not just a voltage read-out triggering below 12V or something. 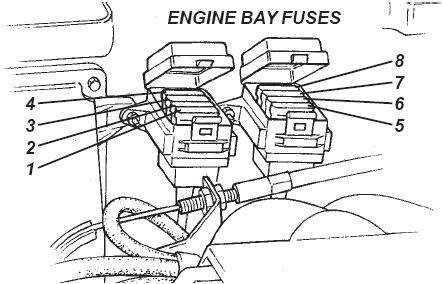 The high lobes of the inlet cam, and the corresponding rockers may be wiped, or worn. It is not always accompanied by any OBD errors. Full write up here.

Instructions from the Celica boys: https://celicahobby.com/forums/ubbthreads.php/topics/364046/idle-air-control-valve-how-to-properly-clean.html

Possibly gunked up IACV or throttle body. Instructions from the Celica boys: https://celicahobby.com/forums/ubbthreads.php/topics/364046/idle-air-control-valve-how-to-properly-clean.html

You can get this if one or more coils is not connected, the OBD errors tell you so, hence no spark and the cat converter may be damaged be the unburnt fuel.

It may actually run lean for various reasons, fuel pump or injector problem, or – most likely – leaks on either air inlet side (around or after maf sensor up until manifold) or leak in exhaust system upstream of lambda / o2 sensors. The ECU will try to top up the mixture even though it is not actually neccesary in case of an exhaust leak. Risk of burning the cataliser core, in case of exhaust leak, beware of hot gasses setting your car on fire 🙂 I noticed one report of a problem with the fuel cap. Replacing that lifted the error.