How to remove the Elise front clam

Have cups or plastic bags and a permanent marker at hand to catalog all the parts removed. Make lots of images and notes!

Remove the plastic plugs at the mudflap which are fixed to the wheelbay.

At the bottom of the hinge cover, remove two bolts attached to the bottom of the sill. You may find these seizeded up which will take your time grinding and drilling out. They can be replaced by rubber rawlnuts later on so they may get lost in the process.

Remove one last bolt from within the wheelbay, which connects the hinge cover with the frontclam.

Release the side repeater connectors reaching from within the wheelbay.

Pull and rotate the bottom end of the hingecover out of the chassis rail edge.

Slide the hingecover downwards so the top seam opens up and releases from the last loosened up bolt.

At the bottom end of the windshield a-pillar , above the door hinge you will find a bracket connecting the clam to the firewall. This bracket conceils a dome shaped hex bolt which should be released at both sides.

Remove the dome hex bolts behind the service doors.

Remove two tiny locknuts below the center spline of the clam. You cannot see them and you will find them below the windscreen wash jets. Tool and grab through the center spline from the radiator area. The wire ends are extremely long so this will take some time to release the locknuts.

At  the front lower area of the wheelbay you will find two bolts per side connecting the front clam to the radiator cowling (one hidden inside the oil cooler cavity) and one visible near the anti roll bar support.

At the front of the undertray, release 3 bolts

From within the wheel bays, remove 3 hex screws per lamp (two ‘hidden hex screws, one bolt or hex attached to the support bracket. If you release the wrong bolts this will only release the internal lamp holder, but can be replaced later on, no problem. Take out the lenscovers. Release some of the connectors and slide the loom + grommets into the clam.

In the lower front area of the lamp cavity you will find a big bolt connecting the clam to the crashbox. Take them out.

Make sure the antenna is disconnected before lifting the clam as it may be fixed to it.

Pull the front clam upwards from the radiator edge of the fan cowling.

Pull the front clam upwards to release the center spline fixing threaded studs. Be gentle not to break the spline fibre skin of the clam.

Pull the front clam forward to release the a-pillar brackets away from the window glass edge, protect glass with cloth waste.

Prepare a landing for the clam, i created a movable storage rack of some kind.

When the clam can move and wiggle freely it can be lifted of very much in forward direction. (note: the lamp holders should be removed, just the lense cover)

Now the undertray can be removed as well, fixed with several tray bolts and tiny hex bolts to the crossbeam. Those may be seized up and may need to be drilled out, but can be replaced with rivnuts later on. 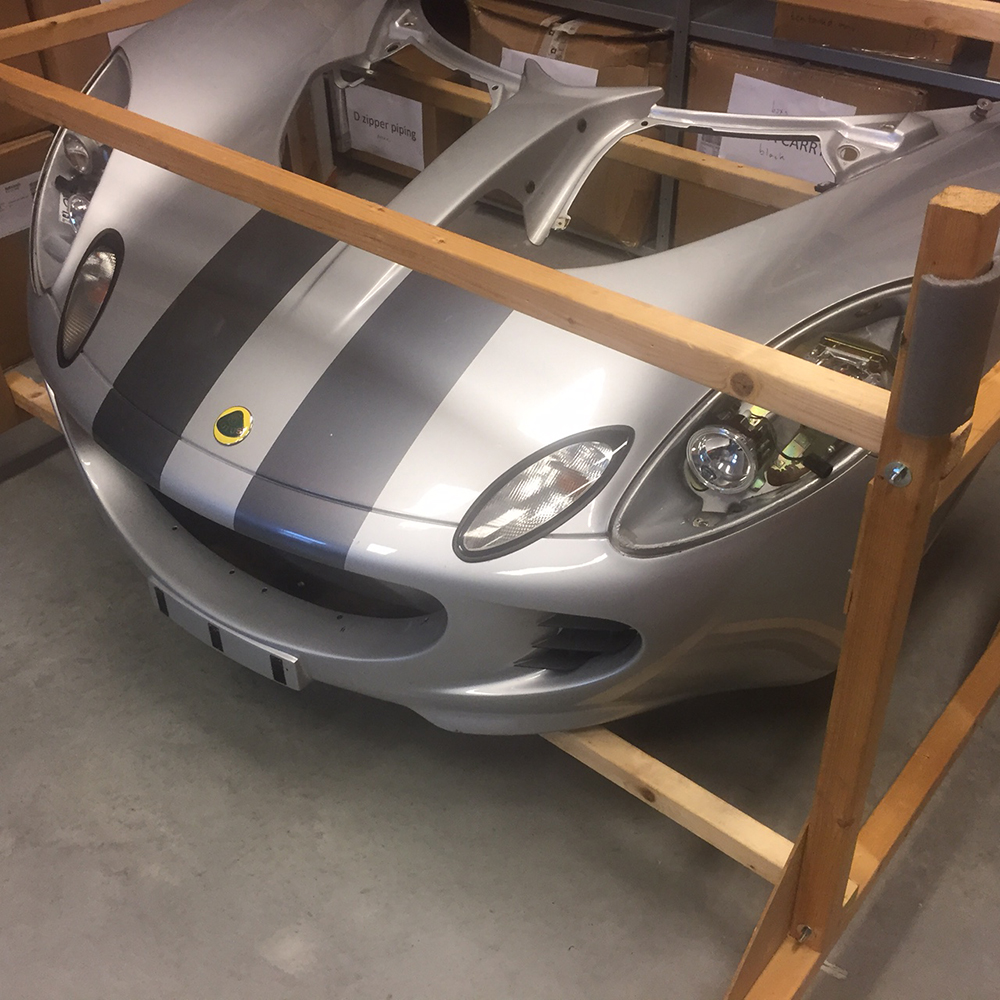 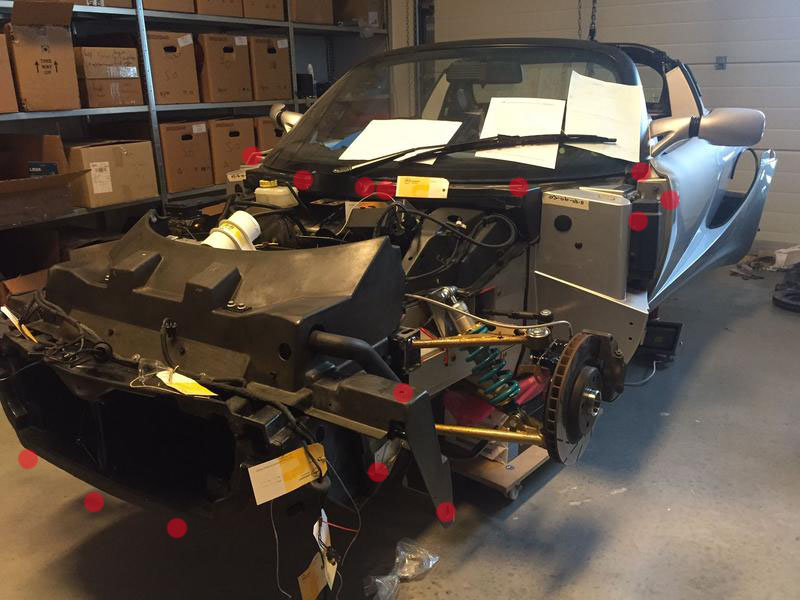